Just added to your cart

What are various battery technologies available?

From first ever battery invention in 1800, by Volta; till the latest technology which allows us to charge up our smartphones; the progress in battery technology seems to be unbelievable. But did that happen in a single battery technology? Not really. Every new battery technology tends to use different construction material to provide more energy density in as small size as possible.

Every battery manufacturer is well aware and learns from their customer reviews that what new they need to introduce in improved products. Sometimes new technologies tend to have higher prices but eventually new inventions help them to bring down the prices.

Let’s evaluate every battery technology for advantages and limitations 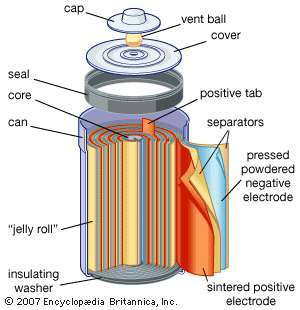 Nickel Cadmium chemistry is well matured and understood technology but it has relatively low energy density. NiCd chemistry is used where long life is required in economic price.

NiCd performs well in rough working environment, but large crystals are formed on cell plate if the battery is kept idle which is also called as “Memory Effect”. Because of the memory effect cell loses it’s performance. NiCd batteries are needed to fully charge periodically to avoid this damage to the charge capacity.

Batteries with higher densities overcoming shortcomings of NiCd are causing diversion from NiCd chemistry. Also it is noticed that NiCd contains non-environment friendly toxic elements which made consumers look for better technologies. 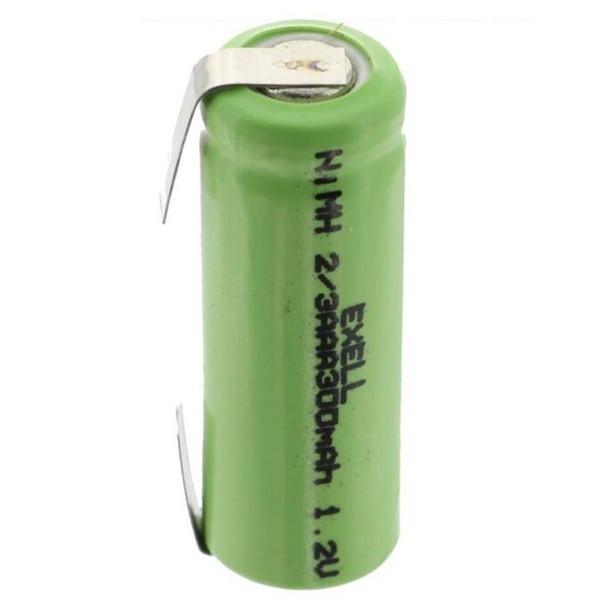 NiMH has higher energy density than NiCd but it fails to give life cycle as good as NiCd. NiMH has advantage of not containing any toxic metal which makes it environment friendly. NiMH cells are used for portable appliances. NiMH batteries offer up to 40% higher energy density than NiCd chemistry. Still NiMH cells are less durable than NiCd cells. Under heavy load and at high temperature NiMH loses it’s service life. Also, NiMH has high self-discharge, even more than NiCd.

NiMH technology has improved greatly over the years, but it still has limitations.

During 1970s, maintenance-free lead acid batteries were developed. The liquid electrolyte was replaced by moistened separators and enclosure was sealed. Also safety valves were added to allow venting out the gas generated during charge and discharge process. According to the requirement for various applications, two battery designs were developed: First, Small Sealed Lead Acid (SLA) and Second, large Valve Regulated Lead Acid (VRLA). Technically both batteries are similar. Unlike the flooded lead acid batteries, both SLA and VRLA are developed with a low potential to prevent battery from reaching its gas generating potential during charge cycle. Excess charging can cause generation of gas and water. That’s why; these batteries cannot be used up to their full potentials.

SLA does not support fast charging. Typical charging time for SLA is 8 to 16 hours. SLA always needs to be stored in charged state. IF battery is left discharged for significant amount of time, it causes sulfation. Sulfation makes battery difficult to charge.

Also battery eventually loses its capacity slowly if subjected to deep charge discharge cycles. So using SLA to its full potential is not possible. SLA provides only 200 to 300 cycles only when maintained properly. The main reason for the relatively short life is grid corrosion of the positive electrode, depletion of active material and expansion of the positive plates. These changes are prominent at elevated temperature.

The operating temperature is needed to be maintained around 25⁰C. The thumb rule is, every 8⁰C rise in temperature will cut the battery life in half.

In all modern rechargeable batteries, the lead acid batteries have the lowest energy density which makes it unsuitable for portable applications. Also lead content in batteries make them non-environment friendly. 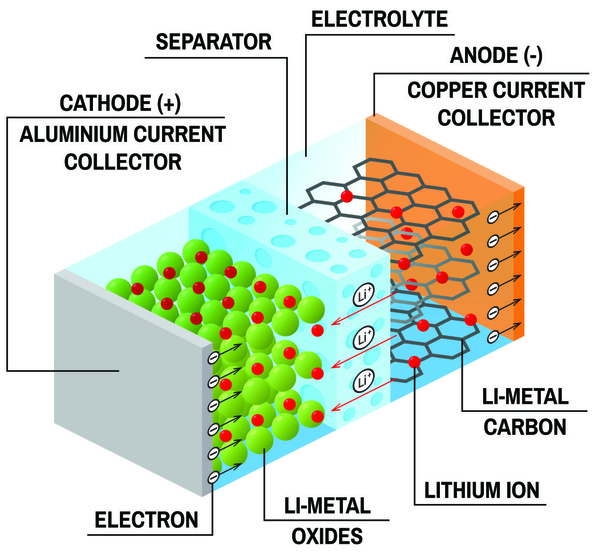 Several attempts were made in 1980s to make Li-ion rechargeable batteries but failed due to safety issues because of inherent instability of lithium metal, especially during charge cycle. Several research attempts were made to shift to non-metallic Li-ion battery technology. Although Li-ion has slightly less energy density, it is safer to use than Lithium metal. in 1991, Sony Corporation commercialized Li-ion rechargeable batteries and today li-ion technology is looked upon as the most promising technology of present and future.

Energy density of the Li-ion battery is twice that of the standard NiCd battery. Also potential efforts are taken up to increase it more than three times that of NiCd. Because of the high cell voltage, it is possible to make batteries with one cell only. This simplifies the designs of portable devices such as mobile phones etc. Low cell resistance allows drawing more current.

Li-ion batteries are low maintenance batteries. Li-ion cells do not suffer from memory effect and also it does not require periodic charging to prolong the battery life. Self-discharge is less than half that of NiCd.

Despite a lot of advantages over preceding battery technologies, Li-ion chemistry has some drawbacks as well. Li-ion cells are fragile and they require protection circuits to maintain safe operation. Protection circuit limits the peak voltage of each cell during charging cycle and prevent the cell voltage from dropping too low on discharge. In addition cell temperature is monitored to prevent rise in temperature during the operation.

Aging of Li-ion cells are main concern. Storing the cells in a cool place slows down the aging process. Also, cells should be partially charged during storage. 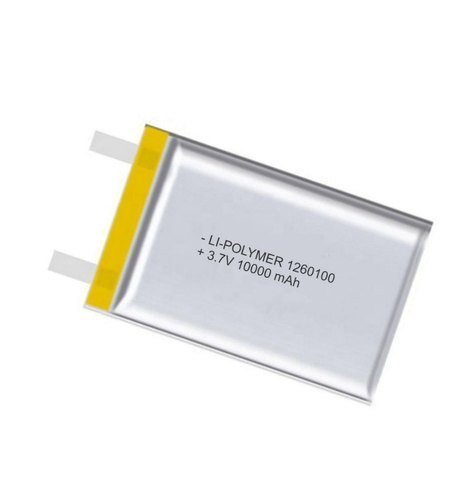 Li-Ion polymer batteries use different type of electrolyte for the construction. The Li-ion cells were originally developed in 1970s which were using dry solid polymer electrolyte. This polymer electrolyte is plastic like thin film which does not conduct electricity but allows an exchange of ions. The dry polymer cells offer simplifications in terms of fabrication, durability and safety. Also Lithium Ion Polymer chemistry allows constructing thin profile geometry.

Li-ion Polymer technology offers maximum safety as no flammable liquid or gelled electrolyte is present in it.

Drawback of Li-ion Polymer cells is, they have high internal resistance which results into poor conductivity. Heating the cell around 60⁰C can increase the current burst but it is not suitable for portable applications such as cellular phones.

Though, Li-ion batteries still do not have any cost advantage. Also its energy density is still lower then the Li-ion Technology.